When you always put yourself at the bottom of the pile

Feeling unappreciated? Or wish that you could be different? Or better? Or that more people would like you? These are usually signs that you don't rate yourself very highly. For many of my clients, low self esteem has played a big part in their struggle. Here is a summary of my work with a high-achieving journalist, who I will call "Malc" (removing or changing any identifying details for the sake of confidentiality). 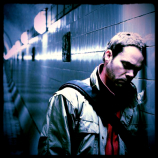 Despite being a highly successful journalist, Malc started psychotherapy with me feeling worthless. While we were examining his earlier life and influences, he told me that as he was growing up, his older brother had played a large part in convincing Malc that he was no good. I detected that his brother's behaviour was a way of feeling better about himself. Neither of the boys had received the kind of messages from their parents that would have resulted in the natural growth of self-esteem. During psychotherapy, Malc decided that he was no longer going to let his brother, or memories of his brother's behaviour, dictate how he felt about himself. This was a major breakthrough for him, which brought with it a more realistic view of himself and a new potential for confidence-building. He embarked, then, on a really joyful journey of self-discovery, finding out what he liked about himself, freeing himself from self-destructive patterns of thinking and setting some positive goals for the future.

If you don't have the tools you need to feel good about yourself, then try psychotherapy.

Let's discuss how I can help you feel good about yourself